WHERE THE RIVERS MEET 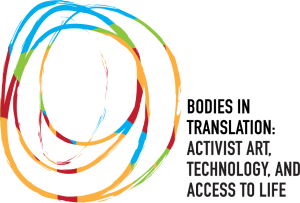 WHERE THE RIVERS MEET
A Journal by Onondaga Artist Jeff Thomas

On an overcast November day I walked up a hill behind the National Gallery of Canada in Ottawa, Ontario, to see the male Indian figure kneeling at the base of the French explorer and colonist Samuel de Champlain. The monument had a compelling visual effect as I walked up the hill. Champlain loomed in the sky like an ancient deity and it wasn’t until I neared the top of the hill that I saw the bronze Indian figure for the first time. There were tourists milling about, some of whom were taking what we now refer to as selfies with the Indian, putting their arms around him like he was some celebrity. I sat down and waited for the people to leave before walking over. The Indian’s face looked like it had been modeled after a living Indigenous person and with this in mind, I approached him with respect and introduced myself.

We talked for a while and I finally asked him if I could take a photograph of him. He consented and I aimed my camera at an angle that allowed me to catch him in profile, looking at the Parliament Hill buildings looming in the background. The image made me think of a final question for the Indian man. I asked him: Where would you go if you could leave this place? And like a dream, the monument began revolving so we could take in a complete 360 degree view of the area. It reminded me of the way my elders answered my questions when I was a young boy

I told the Indian man that I will be back to visit him. The following year I moved to Ottawa to begin a research project at Library and Archives Canada. My last question to the Indian man inspired a new photographic documentary project. I wanted to search for similar Indigenous figures around Ottawa and I titled my series “Scouting for Indians.”  The role of the Indian man is drawn from the 16th century landscape of what is now the country of Canada, but the question of where would you go, remains a salient question in the 21st century as Indigenous people continue to address the ongoing effects of Canada’s colonial past.